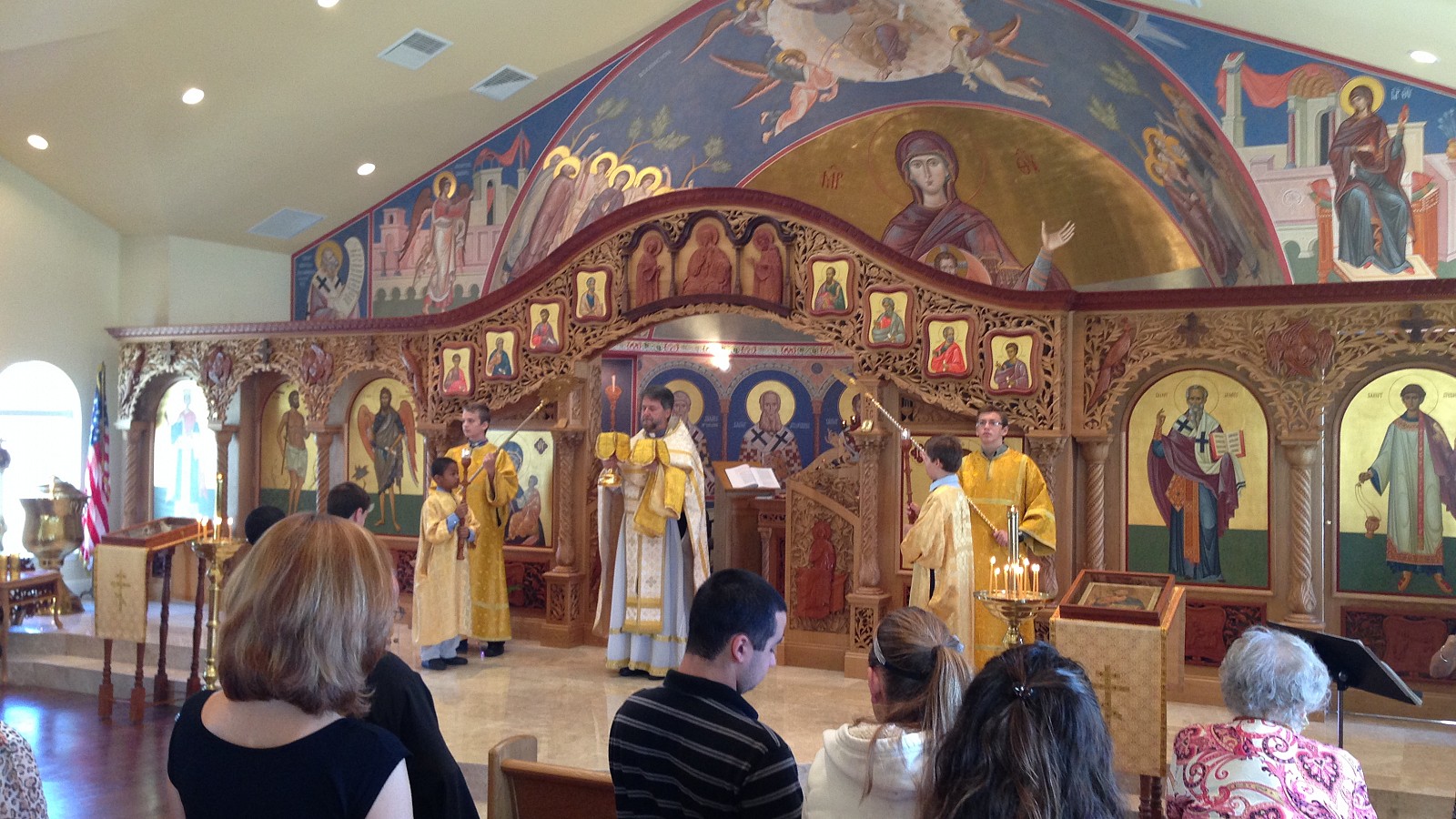 Previous Next
Introduction to Orthodoxy

Orthodoxy holds that the eternal truths of God's saving revelation in Jesus Christ are preserved in the living Tradition of the Church under the guidance and inspiration of the Holy Spirit. The Holy Scriptures are at the heart of the Tradition and the touchstone of the faith. While the Bible is the written testimony of God's revelation, Holy Tradition is the all-encompassing experience of the Church under the abiding guidance and direction of the Holy Spirit. Essentially, Orthodox Christians consider that their beliefs are very similar to those of other Christian traditions, but that the balance and integrity of the entire Apostolic faith once delivered to the Saints has been preserved inviolate.

We believe that God is One in substance and Triune in persons. We worship One God in Trinity, and Trinity in Unity, neither confusing the persons nor dividing the substance. Creation is the work in time of the Blessed Trinity. The world is not self-created, neither has it existed from eternity, but it is the product of the wisdom, the power, and the will of the One God in Trinity. God the Father is the prime cause of creation and God the Son and God the Holy Spirit took part in creation, God the Son perfecting creation and God the Holy Spirit vivifying creation.

We believe that Our Lord Jesus Christ is truly God. He is Jesus, that is, the Savior and Christ, the Lord's Anointed, a Son not created of another substance, as is the case with us, but a Son begotten of the very substance of the Father before all time, and thus consubstantial with the Father. He is also truly man,like us in every respect, except sin. The denial either of His divinity or of His humanity constitutes a denial of His incarnation and of our salvation. The Holy Spirit proceeds from the Father. The faith of the Church about the procession of the Holy Spirit was confirmed by the Second Ecumenical Council, which added to the Creed the following clause: "And I believe in the Holy Spirit, the Lord, the Giver of life, who proceeds from the Father." The Church is the holy institution founded by our Lord Jesus Christ for the salvation of men, bearing his holy sanction and authority, and composed of men having one and the same faith, and partaking of the same sacraments. It is divided into the clergy and laity. The clergy trace their descent by uninterrupted succession from the Apostles and through them from our Lord Jesus Christ. The Church is ONE because our Lord Jesus Christ founded not many, but only one Church; HOLY because her aim, the sanctification and salvation of her members through the sacraments, is holy; CATHOLIC because she is above local limitations; and APOSTOLIC because she was "built upon the foundation of the Apostles, Jesus Christ Himself being the corner-stone" (Eph. 2:20). The Head of the Church is our Lord, Jesus Christ.

At death man's body goes to the earth from which it was taken, and the soul, being immortal, goes to God, who gave it. The souls of men, being conscious and exercising all their faculties immediately after death, are judged by God. This judgment following man's death we call the Particular Judgment. The final reward of men, however, we believe will take place at the time of the General Judgment. During the time between the Particular and the General Judgment, which is called the Intermediate State, the souls of men have foretaste of their blessing or punishment. Further, we venerate and honor the saints and we ask their intercession with What is the Orthodox Church? The Orthodox Church is: evangelical, but not Protestant; It is Orthodox, but not Jewish It is Catholic, but not Roman It is not denominational ..... It is PRE–denominational. It has believed, taught, preserved, defended and died for the Faith of the Apostles since the Day of Pentecost. God, but we adore and worship God the Father and the Son and the Holy Spirit. Of all saints, we honor exceedingly the Mother of our Lord because of the supreme grace and the call which she received from God. Though she was not exempt from original sin, from which she was cleansed at the time of the Annunciation, we believe that by the grace of God she did not commit any actual sin. We venerate the sacred icons and relics. Yet this veneration, according to the decisions and canons of the Seventh Ecumenical Council, relates not to the sacred images as such, but to their prototypes, or to the persons whom they represent.